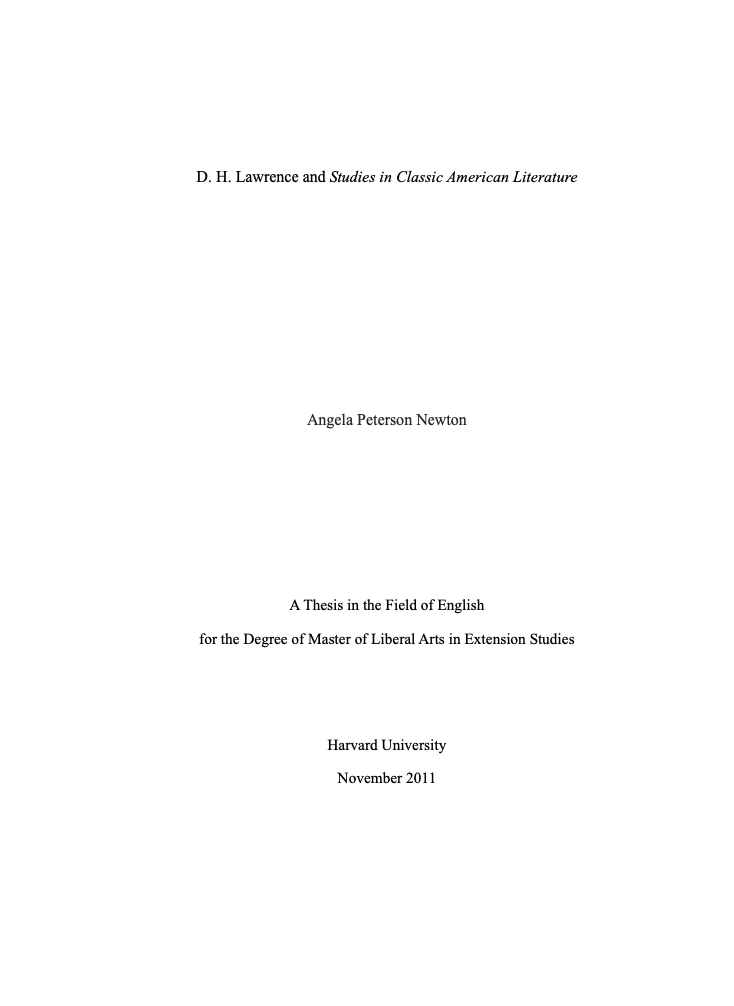 Although D. H. Lawrence is still considered by many critics one of the most significant English writers of the early twentieth century, a general perception of racist and misogynist tendencies in Lawrence's writing has meant that his work has all but disappeared from university curricula in Britain and the United States. This study examines Lawrence's a series of critical essays about American literature and culture, and seeks to identify what, if any, lasting contribution Lawrence made with . Several critics have argued recently that is an interesting post-colonial text. Close scrutiny of several passages from the essays "Benjamin Franklin," "Hector St. John de Crèvecoeur," "Fenimore Cooper's White Novels," and "Fenimore Cooper's Leatherstocking Novels" reveals the ways in which Lawrence makes a contribution to post-colonial discourse, and the ways in which he fails.

This study also examines the role of exile in Lawrence's writing of . Lawrence conceived and wrote while living in Britain; he would write a second, sharply contrasting version of the same collection while staying in Taos, New Mexico, after three years' exile from Britain. Lawrence was profoundly affected by his experience of exile. But how, exactly, did it change his writing, and how did it alter his view of American culture and literature? Comparisons of the first versions with the final versions of the aforementioned essays provide answers to these lines of inquiry. Lawrence's initial view of America was as a potential paradise, a place of rebirth and reinvention of the self. This initial vision was complicated by a contrapuntal view of the United States as a reifying, dehumanizing machine. However, his modified vision, coincident with his exile in America, contained little of his earlier idealism, and was wholly given over to a dark, satiric critique of American culture and its literature.

This thesis concludes that, although Lawrence does embrace several problematic positions throughout his career, and throughout itself, with regard to other races, he also puts forward an original and prescient critique of United States imperialism and cultural hegemony, which is, indeed, an interesting and valuable contribution to post-colonial literature.