Essays on the Emergence and Diffusion of Breakthroughs 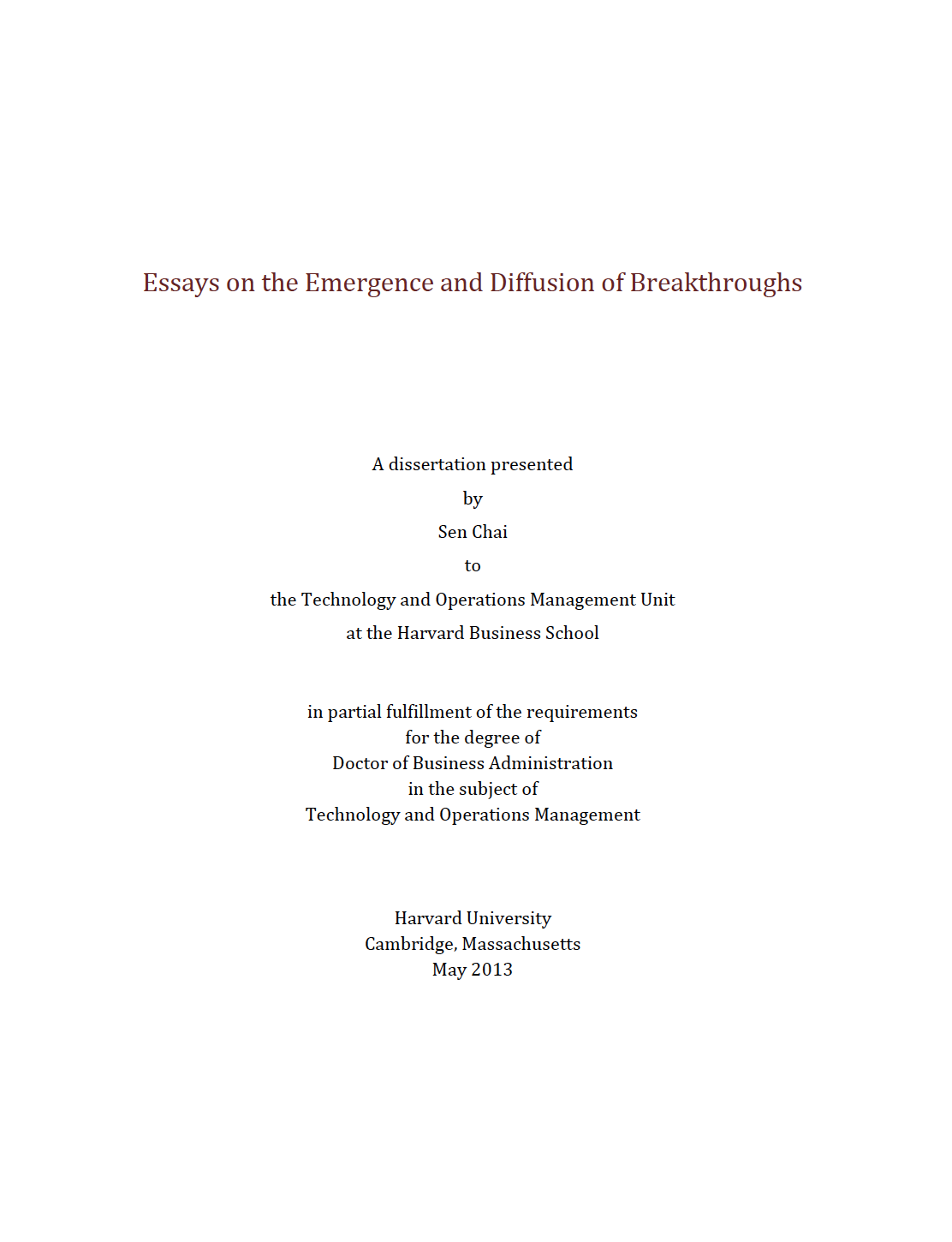 This dissertation deals with the emergence and diffusion of creative breakthroughs. The first two chapters concentrate on breakthrough emergence to assess and expand extant theories of sources of breakthroughs, and employ a hybrid methodology. In particular, I study the discovery of RNA interference (RNAi) in the life sciences. By employing regressions, I find that the predictive power of current theories altogether is quite low: ranging from less than 1% for the Nobel Prize to 13% for productivity. These results prompted fieldwork and the use of interviews with scientist informants to address the gap and gain a deeper understanding of the phenomenon. My findings show that the seminal discovery was missed several times not only due to difficulties in solving a particular problem but also due to failures of identifying breakthrough opportunities and proposing them. I suggest a cognitive framework with institutional underpinnings at the basis of this failure stemming from three barriers: framing barriers, paradigmatic pressures and boundary barriers. In the problem identification stage, path dependence from established technologies and the quest toward normal science blinded scientists from recognizing a prospective breakthrough as they framed RNAi as a tool while ignoring its scientific merit for inquiry. In the problem-solving stage, scientists suffered from the socio-cognitive barrier of being constrained by current dogma. Due to reticence in challenging the dogma, they hesitated to propose solutions that significantly strayed away from the confines of established theory. Moreover, existing boundary barriers between communities of scientists intensified the effect of barriers in both stages. It prevented recognition of links between several prior instances of odd observations thus heightening the difficulty in identifying the breakthrough by misrepresenting the problem's magnitude. While solving the problem, similar anti-dogmatic results stayed isolated and unsubstantiated which diminished confidence in proposing a radically new paradigm. The third chapter explores diffusion of discoveries beyond the boundary of the scientific institution. It focuses on academic-industry collaborations and assesses the effect of a mediated funding scheme on innovative performance - quantity, impact and collaborative nature of patents and papers - by comparing funded and unfunded firms.