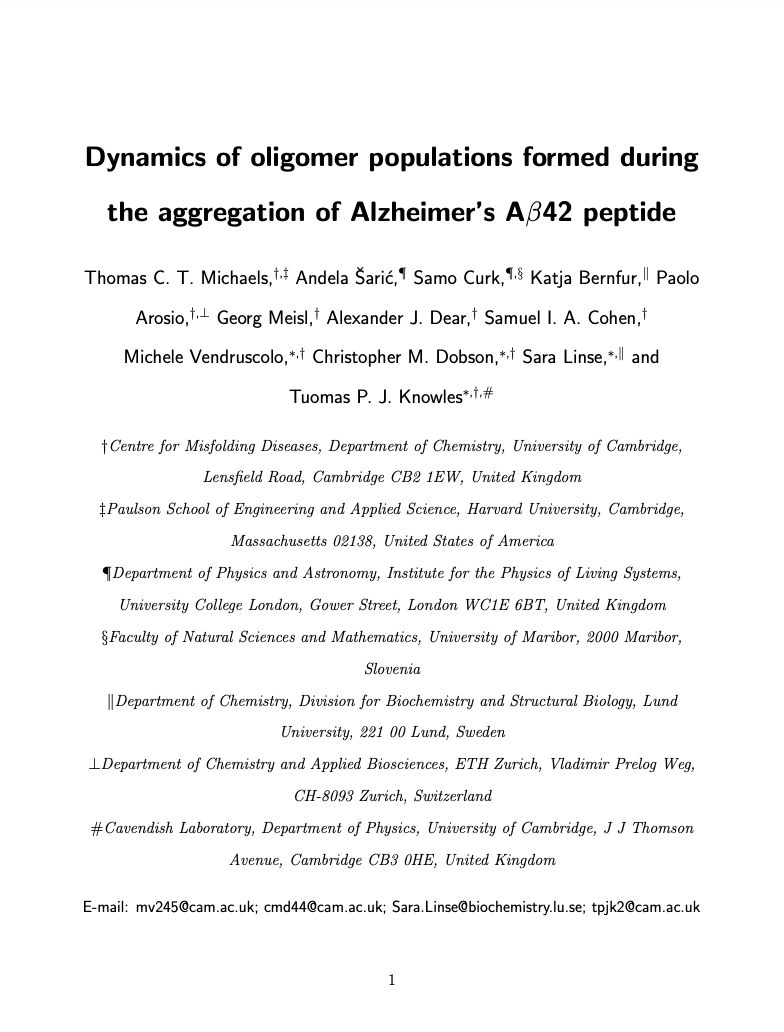 Full text of the requested work is not available in DASH at this time ("dark deposit"). For more information on dark deposits, see our FAQ.

Oligomeric aggregates populated during the aggregation of the Aβ42 peptide have been identified as potent cytotoxins linked to Alzheimer's disease, but the fundamental molecular pathways that control their dynamics have yet to be elucidated. By developing a general approach combining theory, experiment, and simulation, we reveal in molecular detail the mechanisms of Aβ42 oligomer dynamics during amyloid fibril formation. Even though all mature amyloid fibrils must originate as oligomers, we find that most Aβ42 oligomers dissociate to their monomeric precursors without forming new fibrils. Only a minority of oligomers converts into fibrillar species. Moreover, the heterogeneous ensemble of oligomeric species interconverts on timescales comparable to aggregation. Our results identify fundamentally new steps that could be targeted by therapeutic interventions designed to combat protein misfolding diseases.