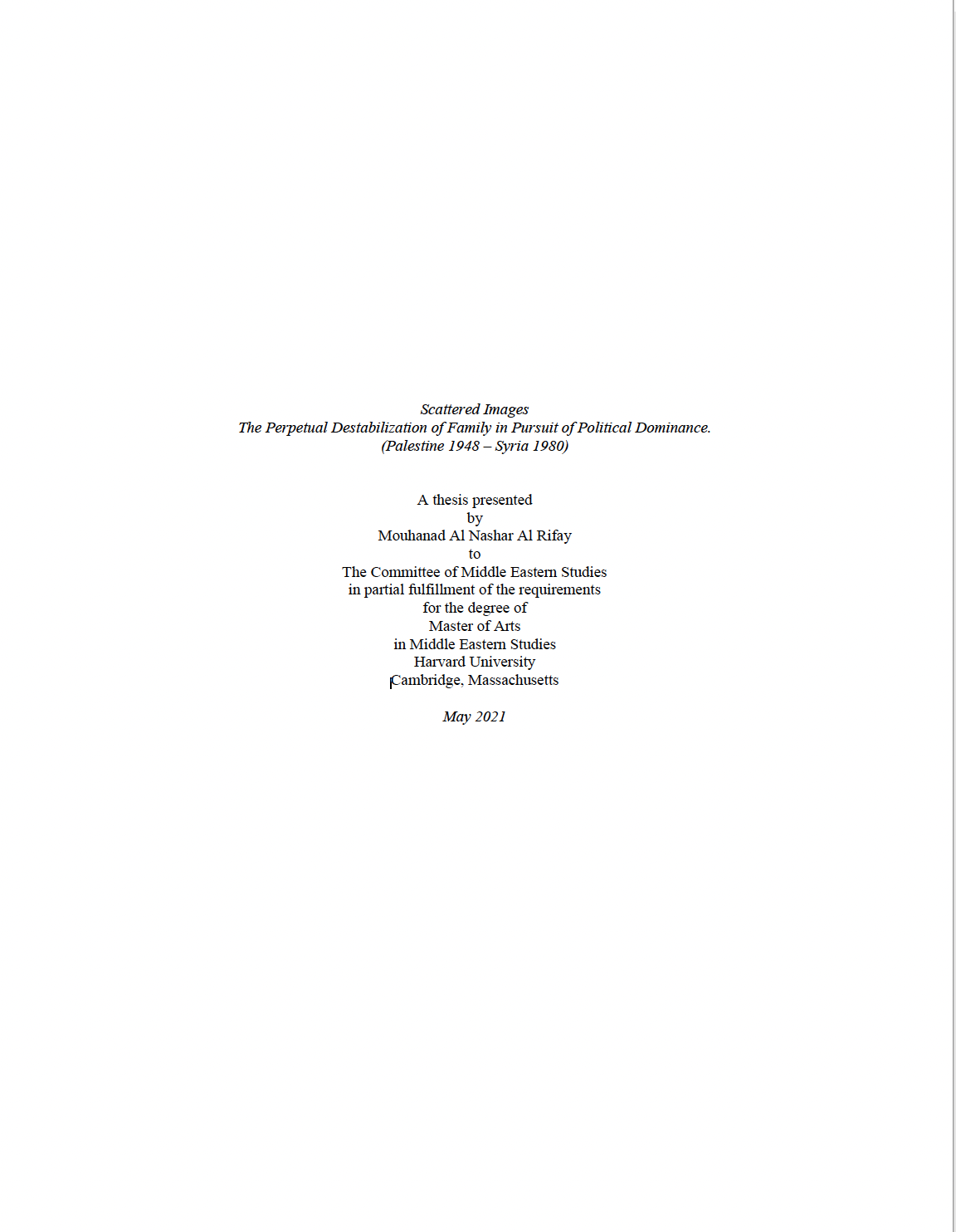 In the following text I focus on family history in the Levant region, particularly Palestine and Syria, during times of social and political unrest in the 20th century. I trace the story of Dr. Nahla Al Qazak, a Palestinian-Syrian, originally from Haifa, Palestine, documenting two major events in her life: firstly, her family’s forced migration from Haifa in 1948, and secondly, her husband’s arrest and subsequent murder in Damascus in 1980. Throughout the text I shed light on the individual’s struggle and perseverance of traditional elite Arab families in the Levant, with a special focus on the role of educated women as they navigate their way through a vibrant political culture, a turbulent systematic destabilization of society, armed conflicts, and political oppression. I also pay particular attention to the creation and consequences of an intellectual countermovement challenging the leftist ideology of the bureaucratic-military-authoritarian regime of the Baath Party and Hafez al-Assad’s police state in Syria, that preaches democratic values rooted in conservative Islamic traditions. Further, I explore the root causes of the current ongoing civil unrest in Syria that started in 2011. I examine the fundamental narratives of the political struggle between Liberal, Socialist, Leftist, Nationalist, and Islamist forces over the nation and the history of the Syrian Muslim Brotherhood in relation to the formative years of Hafez al-Assad’s patriarchal cult of personality and military regime. As a primary source I relied on oral family history documented through interviews with Dr. Nahla Al Qazak along with family photographs, and family and archival texts from the time period. In addition, I examined speeches and statements made by prominent Syrian political figures, including statesmen, judges, and opposition leaders, who were active during the years examined throughout this text.