Contemplating Eternity: On Time, Death, and Timelessness in Ancient India 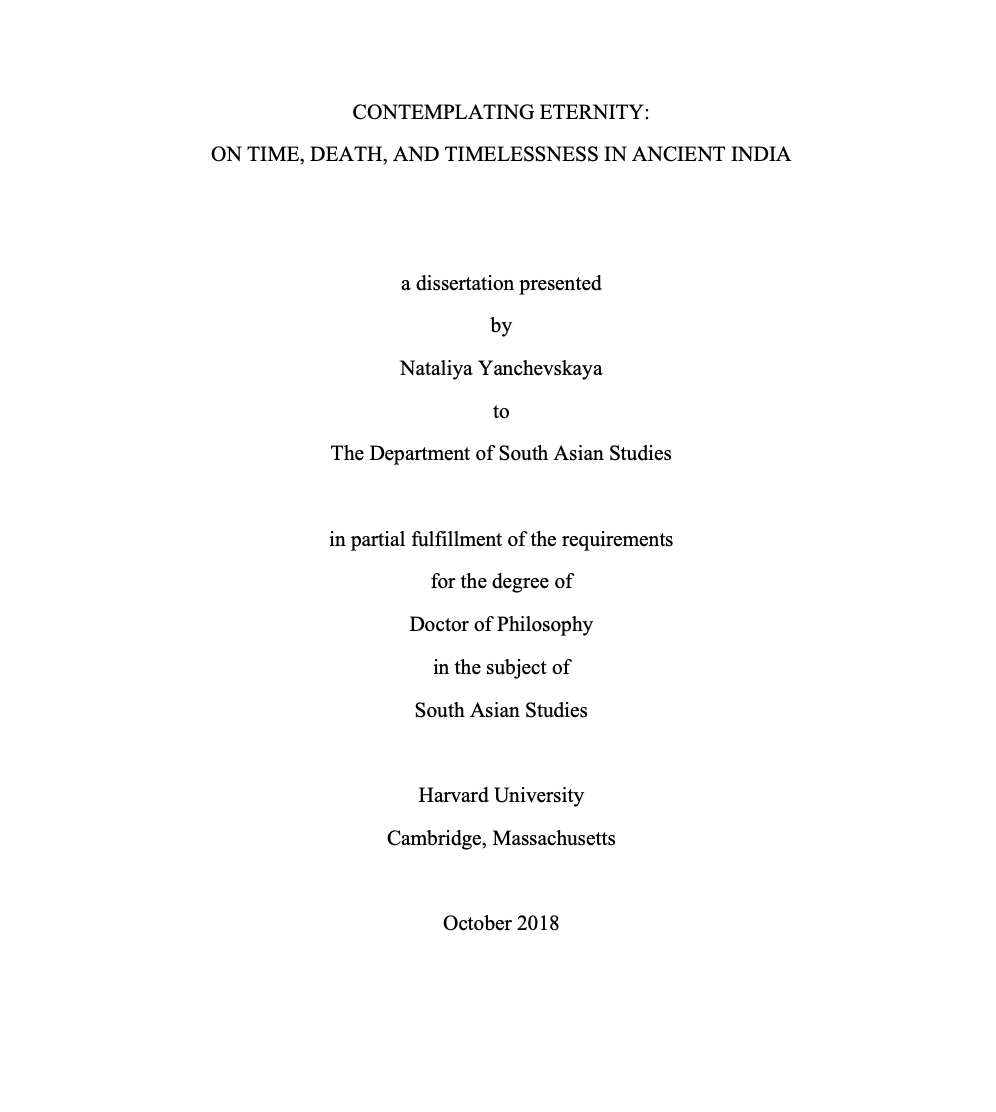 This dissertation examines ancient South Asian concepts and mythology of time. It journeys from the Ṛgveda to the later texts of the Vedic tradition (Upaniṣads), then to the epics, and on to philosophical tractates of different schools of Indian thought. It reconstructs South Asian mythology of time, establishes its Vedic and Indo–European origins, and shows historical development of the concept of time from an early pre-philosophical period to its mature form in the Hindu mythology and philosophy.
By analyzing data from Vedic and early Brahmanic sources in comparison with Indo-European materials, such as Iranian Zurvanite mythology and thought, I reconstruct early views on time and consider if there existed a unified understanding of time and an early, pre-philosophical, notion of time.
I investigate etymological and conceptual connections between such Vedic terms as the year (saṃvatsara, vatsara), World Order/Truth (ṛta), and a period/season (ṛtu), and conclude that even in the earliest period, i.e., in the Ṛgveda, the concepts that are developed in the later tradition can be found in their preliminary form: an idea of two types of time, or two times, — the first is time-eternity, and the second one is transitory, “concrete”, or “profane” time; and also — a view that time is the Lord of the universe that regulates and even creates it.
Proceeding, I analyze texts belonging to the late Vedic tradition and then turn my attention to the epics and philosophical works. I establish conceptual and historical connections between early views on time (Vedic period) and those of Hinduism. A special attention is paid to the doctrine of kālavāda that depicts time as the Absolute unmanifested reality and power that creates, regulates, and destroys the universe; to the relation between time and death, and also to the idea of two times: one is eternal, undivided, and unchangeable; the other is empirical, changeable, and divisible. South Asian sources are studied in comparison with a wide range of Indo-European mythological and linguistic materials. This approach is crucial to be able to find the origins of the concepts considered, reconstruct time-related Indo–European myths and motifs, and clarify functions of different mythological characters.