Ringing False: Music Analysis, Forgery, and the Technologies of Truth 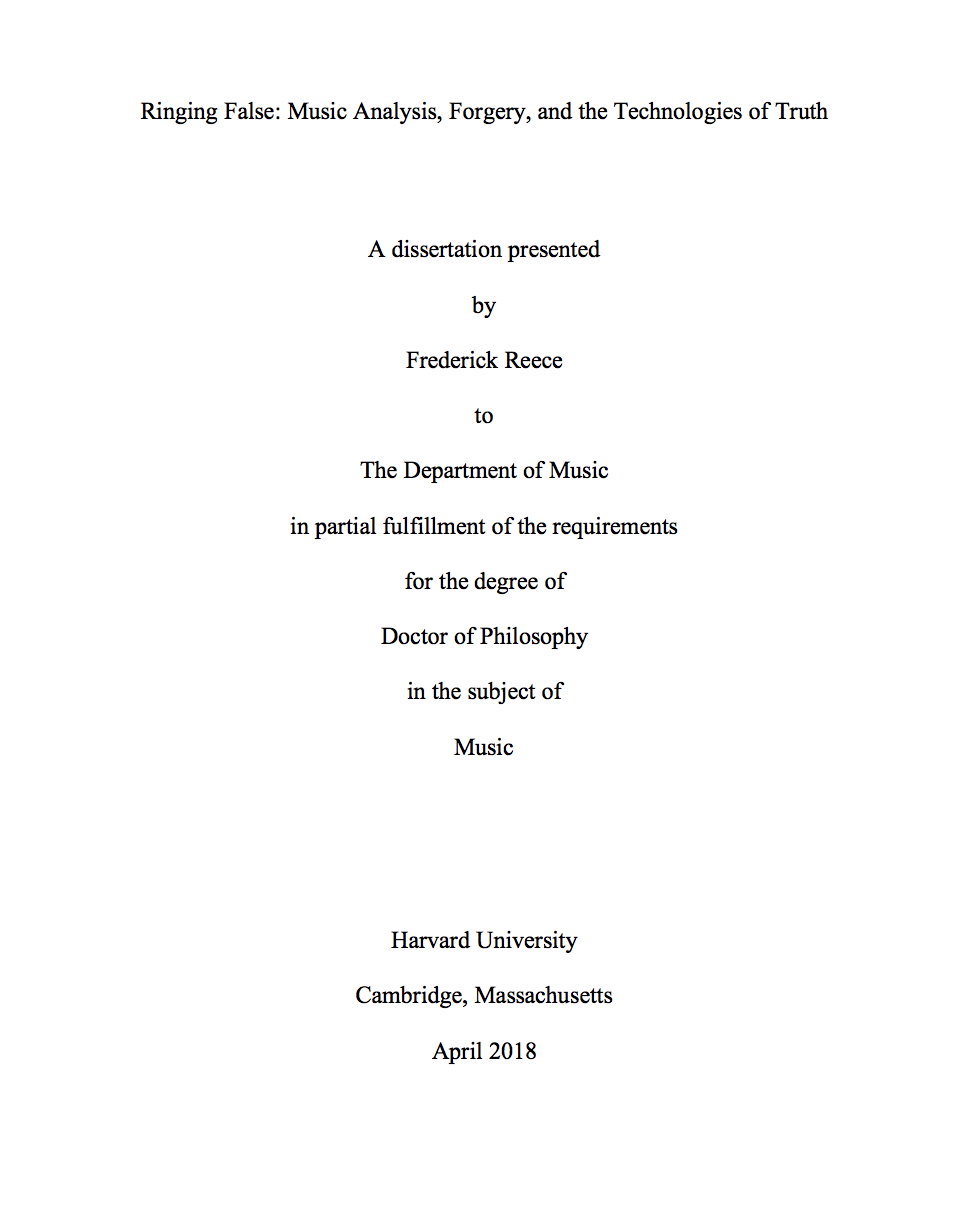 Forged musical compositions are surprisingly common. In this dissertation I examine key twentieth-century examples of compositional forgery in detail, asking what is at stake—historically, aesthetically, and ethically—when new musical works are created to court misattribution to figures from the past. Each chapter is situated at a moment of cultural conflict during which forgeries provoked heated debate about the morality of authorial imposture, the scope and limits of academic expertise, and music’s slippery aesthetic relationship to history.
Chapter one begins in 1935, when the front page of the New York Times revealed that world-renowned concert violinist Fritz Kreisler had in fact composed numerous “baroque” works that had found their way into his repertory. Chapter two picks up in 1975, with the East-German musicologist Harry Goldschmidt receiving a curious letter claiming that Schubert’s missing “Gmunden-Gastein” Symphony (D. 849) had been rediscovered after more than a century and a half. Finally, chapter three considers musical forgery in a more recent cultural context, examining a 1993 case in which six rediscovered “Haydn” keyboard sonatas (Hob. XVI:2a–e and 2g) turned out not to be by Haydn at all. In each case, analysis of the stylistic content of forged compositions reveals how the works succeeded (and failed) by playing on the aesthetic prejudices characteristic of their own era. Ultimately, I argue that forgeries and the debates they provoked should be reappraised as sites of critical insight into our shifting attitudes towards authorship, authenticity, and the musical past.