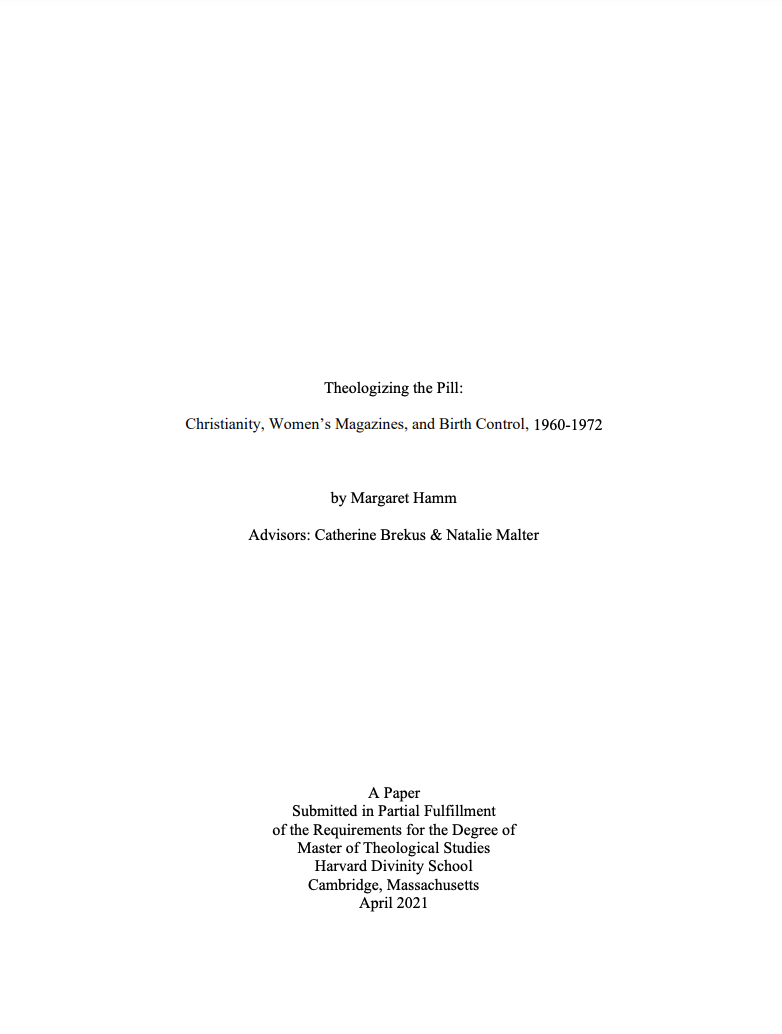 This paper examines Christian women’s responses to the legalization of the birth control pill in America through conversations within women’s magazines of the 1960s and ‘70s. During this time period, women were largely shut out of Christian magazines, and as a result, their voices are frequently underrepresented in broader scholarship on Christianity and contraception. Through women’s magazines, a privileged subset of Christian women was able to express their opinions and beliefs on the role of the birth control pill in their faith lives. At the center of this debate was Catholic women, who struggled to come to terms with the spiritual commitments they held to their faith versus the practical commitments they held to their families. While not necessarily facing the same kind of deep theological struggles in their own lives, Protestant women were also quick to offer their thoughts on the Catholic Church and the Pill. Steeped in various degrees of anti-Catholicism, their sentiments made it clear that these Protestant women opposed what they interpreted as the Catholic Church’s restrictive influence on access to birth control. In light of these primary sources, this paper makes a two-pronged argument that (1) women’s magazines should be attended to with a greater degree of serious scholarly analysis, particularly within the field of religious studies, and (2) within women’s magazines of this time period, Christian women engaged in wide-ranging conversations about faith and the Pill, particularly involving the Catholic Church’s role in regulating that relationship.