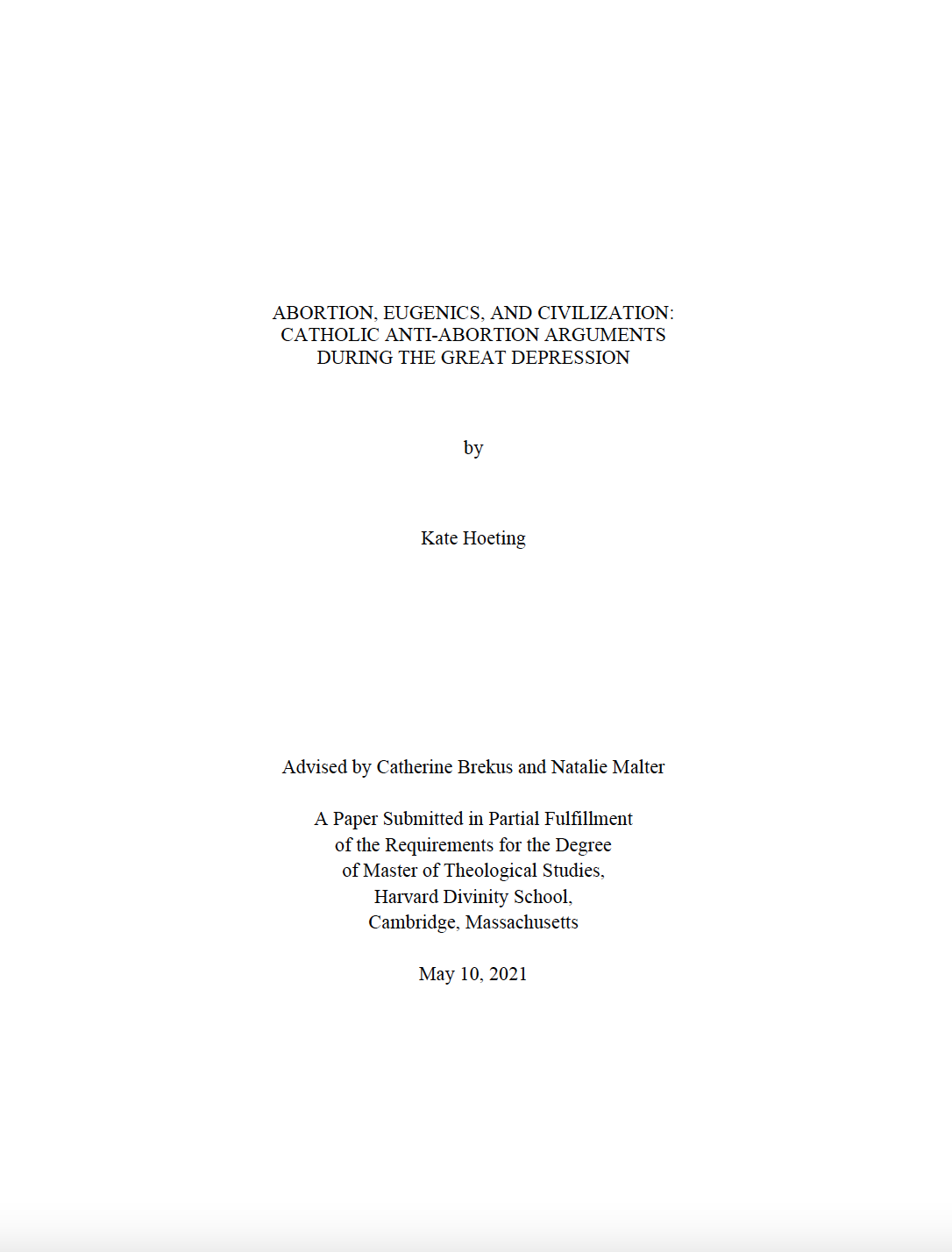 During the early years of the Great Depression, financial pressures caused the rate of abortions to at least double despite the procedure’s illegality in every state. In response to this rise in abortions, Catholic theologians published anti-abortion articles in journals like Commonweal, America, and The Linacre Quarterly that described abortion, contraception, and eugenics as murder. Although the publication of these articles coincided with the release of the first monographs arguing for abortion’s legalization, all of which were written by Jewish physicians, Catholic anti-abortion voices dominated the discourse on reproductive health. What did these Catholic perspectives reveal about how they viewed their identities as American Catholics? In the Great Depression, arguments over abortion, including Catholic theologians’ resistance to abortion, were designed around visions of a “civilized” America. In Catholic journals, theologians described Catholicism as a civilizing force that had the power to advance the nation from the darkness of “paganism.” In this way, Catholics portrayed themselves as the saviors of the nation. Ultimately, these anti-abortion arguments decentered the experiences of pregnant people by placing pressure on women to uphold the morality of American civilization.